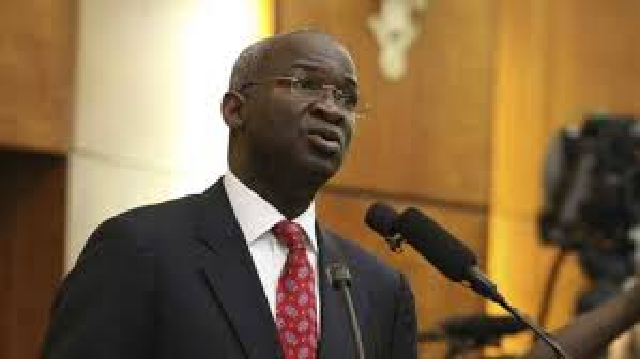 The Minister of Works and Housing, Babatunde Fashola, is currently on an inspection tour of the Federal Government’s road projects in Lagos State.

The minister kicked off the inspection at the Apapa-Oshodi-Ojota-Oworonshoki Expressway reconstruction project, then moved to the Third Mainland Bridge which has been partially shut for repairs.

The bridge was shut on Friday and will remain shut for the next six months as the repairs continue.

The Federal Controller of Works, Olukayode Popoola, confirmed this to Channels Television.

In August 2018, the Third Mainland Bridge was shut for three-day investigative maintenance; an underwater confirmatory test was also carried out in March 2019.

Also in 2019, a viral video indicating an unusual vibration of the bridge raised concerns over the bridge’s safety, but the Federal Government dispelled the rumours insisting that the bridge was structurally fit and poses no danger to users.

Meanwhile, further investigation revealed that the worn-out expansion joints of the cantilever bridge may not be posing an immediate threat to the structure at the time, but consistent use without carrying out the required maintenance work has left the bridge in bad shape.

Commuters have now begun to experience increased gridlock as a result of the ongoing reconstruction.