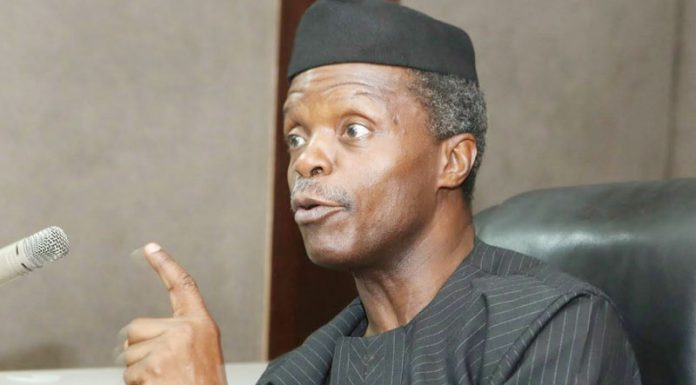 The strike threatened by Nigeria’s organised labour appears imminent as the meeting between the federal government’s Economic Management Team (EMT) and state governors on labour’s quest for a new minimum wage failed to reach consensus on Monday.

The meeting, presided over by Vice President Yemi Osinbajo, held in the State House, Abuja had been called to enable both the federal government and the governors take a uniform position on the lingering dispute over the new minimum wage.

While the organised labour has insisted on N30,000 minimum wage, the organised private sector, which had earlier proposed N25,000 later succumbed to labour’s demand by raising its initial proposal to N30,000.

But the federal and state governments failed to yield to the pressure from the organised labour to agree to its N30,000 demand. Instead, they insisted on N24,000 and N20,000 respectively.

Consequently, the organised labour gave both governments an ultimatum to commence indefinite strike on November 6 even as it declared today for nationwide rally to protest government’s delay to accede to its demand.

To avert the strike, both the EMT of the federal government and governors agreed to meet yesterday to harmonise their positions.

But the meeting failed to reach a consensus. Consequently, another meeting was scheduled to continue today.

Whereas four governors, led by the Chairman of the Nigeria Governors’ Forum (NGF), Alhaji Abdulaziz Yari, had represented the governors at the meeting, the governors eventually requested to meet today on the platform of NGF to enable them critically analyse the memorandum from the Minister of Labour and Employment, Senator Chris Ngige, and take a common position.

The governors were said to have insisted that they lacked the capacity to pay N24,000 minimum wage.

Speaking with journalists at the end of the meeting, Ngige, however, claimed that the meeting was fruitful.

Ngige said, “We held a meeting for us to bring out modalities for us to respond to the emerging problems thrown up by the National Minimum Wage Committee and we have a very fruitful meeting which necessitated governors having further meeting tomorrow (today).

But Yari said the position of governors on the wage was yet to be resolved on the matter. He said, “The position of the governors is not very clear to some of you. We are willing to pay any amount but the issue is the capacity to pay.”

According to Yari, the meeting discussed the proposal made by the organised labour and the figure proposed by the federal government, saying “the governors still haven’t come out with any figure.”

He added, “So, by tomorrow (today), we are going to discuss with our governors on the bill by the Minister of Labour and Employment to the NGF secretariat. We will digest it and come up with our own positions as governors because we are critical stakeholders on this issue.”

However, it was learnt that the governors were unwilling to adopt the N24,000 proposed by the federal government and might come up with another figure after their meeting today.

A source privy to what transpired at the meeting disclosed that the governors vehemently disagreed with the federal government team on N24,000 proposal, arguing that it was illogical to adopt such proposal when some governors have been unable to pay the current N18,000 minimum wage yet.