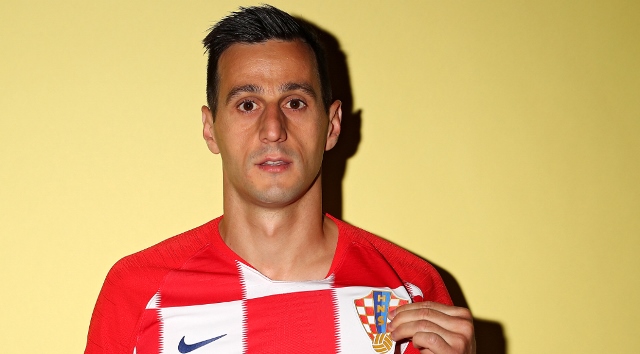 Croatia came to this World Cup with only two natural strikers – Mario Mandzukic and Nikola Kalinic.

Kalinic was on the bench for Croatia’s first game against Nigeria. With five minutes to the end that game, the coach instructed him to dress up and replace another player.

Kalinic angrily refused to play, apparently in protest against being left on the bench. He saw himself as a top player, and wouldn’t come on for just five minutes.

The coach turned to other player, Pjaca, for the substitution.

After the match, Kalinic refused to apologize, despite appeals from other players and coaching staff.

The coach then sacked him from the team, and sent him home from Russia. Kalinic flew out for holidays, and even posted pictures of himself having fun elsewhere.

After all, he seemed to reason, Croatia wouldn’t go far in the tournament anyway. But how wrong he was! Without him, the team went on to win match after match.

And then, surprisingly, this Croatia team attained their greatest football achievement in history – getting to the World Cup final!

The remaining 22 players are now national heroes, their names forever inscribed in the hearts of generations of Croatians.

Kalinic should been a part of them, but for a few minutes of foolish pride.

Now it is too late.

And the lesson: years of sweat and dedication can all be swept aside by brief moments of anger and pride.

Such is the demystification of Nikola Kalinic!