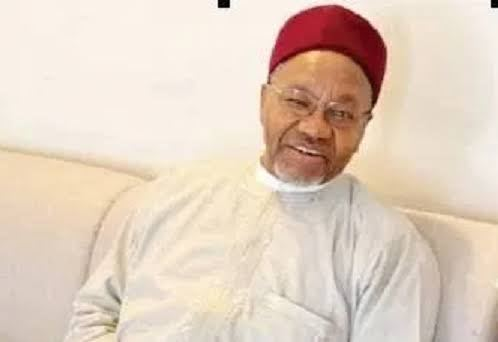 The presidency, last night, said the recent comments by President Muhammadu Buhari’s nephew, Mamman Daura, on zoning were his personal opinion and not that of the president. The clarification was in reaction to widespread controversy that followed Daura’s submission last week that the post of Nigerian president should not be attained on rotational basis but predicated on competence.

However, an elder statesman and former presidential liaison officer on National Assembly matters to the late former president, Alhaji Shehu Shagari, in the Second Republic, Alhaji Tanko Yakassai, insisted that the concept of zoning and rotational presidency were necessary to ensure unity and stability in Nigeria. Yakassai stated this in an exclusive interview with THISDAY.

The elder statesman recommended that the Independent National Electoral Commission (INEC) should make rotation and zoning of major political offices part of the conditions for the registration of political parties.

Daura had made his comments last week in an interview granted the BBC Hausa service. But he was heavily criticised by many individuals and groups, who accused him of flying a northern kite ahead of the 2023 presidential poll.

However, presidential spokesman, Malam Garba Shehu, in a statement titled, “Malam Mamman’s Views Are His Own, and He Has Said So,” noted that the presidency had since the expression of those views been inundated with requests for presidential reaction. Shehu said the opinion of Daura was solely his, and did not in any way reflect the position of the president or his administration.
The statement also said at the age of 80, and having served as the editor, and subsequently the managing director of the New Nigerian newspaper, Daura was eminently qualified to express his views as guaranteed in the constitution.

Shehu said in the statement, “We have received numerous requests for comments on the interview granted by Malam Mamman Daura, President Muhammadu Buhari’s nephew, to the BBC Hausa Service.
“It is important that we state from the onset that as mentioned by the interviewee, the views expressed were personal to him and did not, in any way, reflect that of either the president or his administration.

“At age 80, and having served as editor and managing director of one of this country’s most influential newspapers, the New Nigerian, certainly, Malam Mamman qualifies as an elder statesman with a national duty to hold perspectives and disseminate them as guaranteed under our constitution and laws of the land.

“He does not need the permission or clearance of anyone to exercise this right.”
The presidential spokesperson, who emphasised that Daura’s interview was granted in Hausa language, alleged that its original content was distorted in the course of transcription. He explained that the interview bordered on how the country could evolve an ideal process of political dialogue that could be more beneficial to average Nigerians irrespective of their ethnic backgrounds.

He said such discourse was not alien to Nigeria’s evolving and young democracy, adding that what Daura did as a veteran journalist, scholar and statesman, was only to add his voice to the discourse.

Shehu added, “In an attempt to circulate the content of the interview to a wider audience, the English translation clearly did no justice to the interview, which was granted in Hausa, and as a result, the context was mixed up and new meanings were introduced and/or not properly articulated.
“The issues discussed during the interview, centred around themes on how the country could birth an appropriate process of political dialogue, leading to an evaluation, assessment and a democratic outcome that would serve the best interest of the average Nigerian irrespective of where they come from.

“These issues remain at the heart of our evolving and young democracy, and as a veteran journalist, scholar and statesman, Malam Mamman has seen enough to add his voice to those of many other participants.”

But Yakassai traced the origin of zoning in the country to the Second Republic, saying, “Zoning was first introduced into Nigeria’s political lexicon by the National Party of Nigeria (NPN). NPN, as you know, was the first political party that was accepted nationwide in Nigeria as everybody’s party. No individual or a group of Nigerians ever allocated to themselves the ownership of NPN.
“Everybody was a joint owner of National Party of Nigeria. It was because of that that NPN thought of developing the concept and to assure every member and every segment of Nigeria that the exalted office of the president would one day come to their area or zone.

“And this is the reason why all political conferences that took place after NPN, the idea of zoning kept coming up in such conferences and had been adopted by some conferences as a provision in Nigeria constitution.”

Yakassai explained that under the late military ruler, Sani Abacha’s constitutional conference of 1994/1995, it was recommended and the military accepted that zoning should be incorporated into the constitution of Nigeria in a way that would form the basis of registration for political parties. But Abacha died and the reforms died with him, he said.

The former presidential adviser, stated, “Since then, a majority of Nigerians have accepted zoning as a very good strategy that would give everybody in Nigeria a sense of belonging. Those who are able to get the position to their side will be satisfied and acknowledged and those who are yet to get it, are assured that they would get it when the time comes.

“So now, you cannot separate zoning from rotation, because zoning without rotation is meaningless. Whoever adopts zoning automatically adopts rotation. And whoever rejects zoning, automatically rejects rotation.”

“But today, every local government in Nigeria has competent and qualified Nigerians to seek any public office, whether elected or appointed. So, there is no reason why zoning and rotation will not be acceptable by any Nigeria.”

Yakassai said, “Our adoption of human rights, right of citizens of Nigeria to own opinion and express it, means every citizen of Nigeria is entitled to accept zoning or reject it. But the overwhelming majority in Nigeria have agreed that zoning will bring inclusiveness now or in the future.”

He advised the ruling All Progressives Congress (APC) to stick to zoning and rotation of the office of the president, saying, “In the interest of National stability, APC should adhere to the issue of zoning and rotation, which is part of the election promise of the party, when it was formed.

Asked whether zoning should be done with the six geopolitical zones or between North and South, the elder statesman said, “When zoning was advocated by the NPN, we saw it as a situation that will move on a North – South dichotomy. And to that extent, a number of positions in the government or the political party were zoned to certain areas. At the time NPN was formed, there were no six geopolitical zones in the country.

“So even where there was no clear demarcation of six geopolitical zones, the rotation of key offices was done in this arrangement. It was the decision of those who created the concept of zoning and rotation that the main offices were equitably distributed for national unity and stability.”

Regarding the current six geopolitical zones, Yakassai said, “Yes the presidency should be on the concept of North and South. There are three zones in the South and three in the North. So, when one zone in the North has it in one party, another zone from the other part of the country should be entitled to it.”

Putting it more succinctly, Yakassai maintained, “I am talking about parties. Zoning arrangement was proposed during Sani Abacha’s era that it should form the condition for the registration of political parties, that they must adopt zoning and rotation in their own constitutions. Once we do that, everything will be settled.”