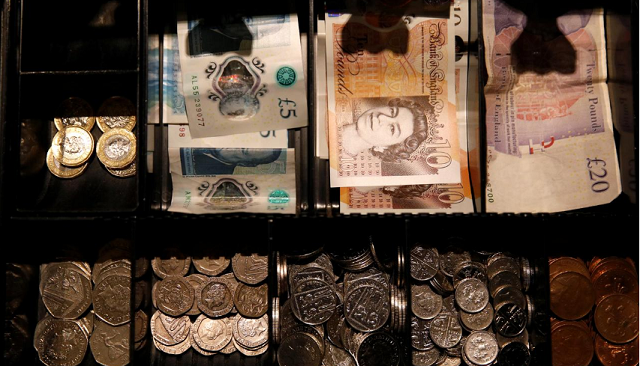 The pound nursed losses versus the dollar and the euro on Friday after Prime Minister Boris Johnson’s call for an election heightened uncertainty over Britain’s divorce from the European Union.

The British currency is likely to remain fragile ahead of a meeting later on Friday where European Union officials may decide how long they will extend Britain’s deadline to leave the EU beyond the current date of Oct. 31.

At this stage, an election looks unlikely because the main opposition Labour Party has withheld its support and other opposition parties have rejected the offer.

However, the twists and turns of the Brexit process have proved too complex to predict, which is likely to discourage some investors from taking on excessive risk before the EU agrees to a new deadline for Britain’s departure from the bloc.

“We’re constructive on sterling in the mid-term, because we don’t see a high chance for a general election,” said Osamu Takashima, head of G10 FX strategy at Citigroup Global Markets Japan in Tokyo.

“My personal concern is once political uncertainty lifts, people will focus more on the UK’s economy, which is weakening. This could be a negative for sterling.”

Opposition Labour leader Jeremy Corbyn said he would wait to see what the EU decides on a Brexit delay before deciding on a general election.

However, Corbyn also repeated he could only back an election when the risk of Johnson taking Britain out of the EU without a deal to smooth the transition was off the table.

The Ifo economic institute’s closely-watched measure of German business sentiment due later on Friday is expected to weaken slightly in October, highlighting fears that Europe’s largest economy is slipping into recession pressured by the U.S.-China trade war and Brexit.

The European Central Bank left monetary policy unchanged on Thursday after unveiling a big stimulus package last month, but there are concerns the ECB’s firepower has largely been spent.

The Fed is expected to cut interest rates for a third time this year, but fixed income analysts say this is largely priced into the market.

The BOJ is leaning toward keeping policy on hold next week, but the decision is a close call as policymakers struggle with the fallout from the U.S.-China trade war.