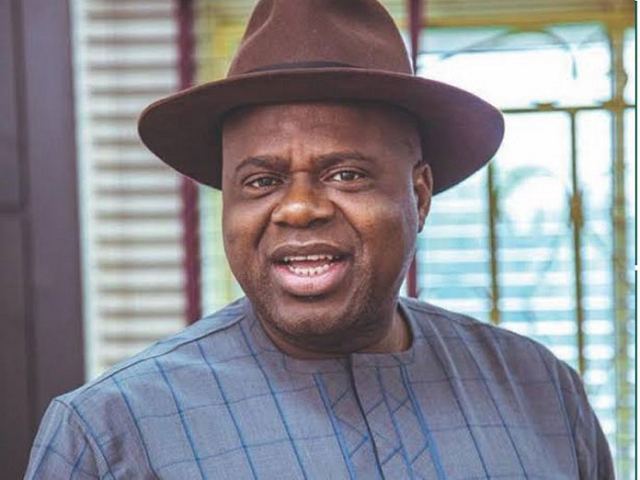 With just six months into his tenure as governor of Bayelsa State, the victory of Duoye Diri has been nullified by the Bayelsa State Governorship Elections Tribunal. Diri benefitted from the disqualification of David Lyon to become governor of the home state of former president Goodluck Jonathan. In arriving at its decision, the Tribunal faulted INEC’s decision to exclude the candidate of the Advanced National Democratic Party (ANDP), Lucky King-George, from participating in the November 16 governorship election.

Here are Top 7 things to know about Diri’s election nullification:

The Bayelsa State Tribunal nullified the election of Douye Diri six months after he was sworn in as governor of the state. The 3-man tribunal panel headed by Justice Ibrahim Sirajo voted 2 to 1 in favour of nullifying the election.  The election was cancelled based on a petition filed by the Advanced Nigeria Democratic Party (ANDP), which argued its unlawfully exclusion from contesting in the November 16, 2019 governorship election. Two days before the ruling, the tribunal dismissed three other petitions filed by different parties against the election of Mr Diri of the People’s Democratic Party.

Diri turns to the Court of Appeal to overturn the decision by the tribunal that nullified his election. Diri emerged winner after David Lyon, the APC candidate, was disqualified one day to his swearing in ceremony, for the submission of false information to the Independent National Electoral Commission (INEC) by his deputy, Biobarakuma Degi-Eremienyo

Despite the ruling by the tribunal, Diri Douye remains the governor of the state, pending the outcome of his appeal, and possibly a Supreme Court decision. The tribunal had ordered INEC to conduct a fresh election within 90 days.

The Bayelsa State Governorship Tribunal was made up of 3 Justices, namely: Justices Ibrahim Sirajo, Owei Woniwei and Yunusa Musa. Justice Ibrahim Sirajo was the head of the three-member panel tribunal and was outnumbered in the voting decision as the other two justices voted in favour of nullification of the Bayelsa Governorship Election.

Although the party initially won the election, the certificate of return was withdrawn from the APC Governor-elect owing to the alleged submission of forged credentials to INEC by Lyon’s running mate Biobarakuma Degi-Eremienyo. The recent development however has raised the question: can the APC field its candidate in the rerun? According to interviews granted by Lawyers to the Guardian newspaper, the consensus is that without prejudice to the outcome of Diri’s appeal, the order for a rerun election does not grant APC access to the fresh ballot.

#6: Diri’s Appeal against Tribunal Ruling Might Extend to the Supreme Court

The Governor has indicated his intention to pursue legal action up to the Supreme Court, if need be, in order to overturn the Bayelsa State Governorship Tribunal’s ruling. He disclosed this in a statement delivered by his Chief Press Secretary, Mr. Daniel Alabrah, which disclosed that he directed his legal team to appeal the ruling and file the necessary papers.

While stating his implicit confidence in the judiciary, Diri said he would triumph in the end adding: “We trust in the judiciary and we are appealing the judgement. With God on our side, we will get justice. This is a court of first instance and I have instructed our lawyers to file an appeal. We have a right of appeal even up to the Supreme Court.”

Although the Bayelsa Governorship Tribunal has directed the electoral body to conduct fresh polls within 90 days, the electoral umpire will have to await the outcome of the Appeal Court, and possibly Supreme Court too, before deciding on next steps.