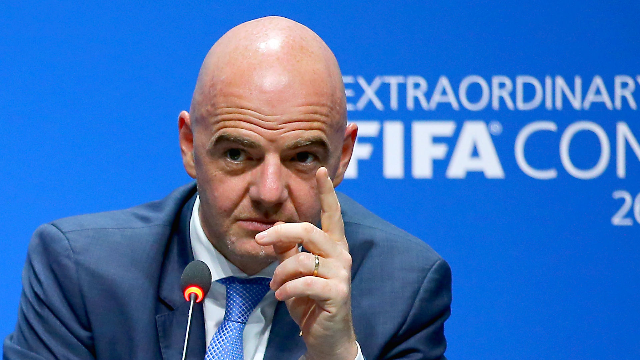 FIFA President, Gianni Infantino, has declared that he is not in any way nervous about the introduction of VAR at the 2018 World Cup.

The Video Assisted Referee (VAR) is set to be used on the world stage for the first time and, while some domestic competitions have encountered problems with the technology, Infantino insists he is not nervous about it.

He said: “I am very excited about the World Cup to start with and I am not at all nervous about the VAR, because I know there are no negative effects.

“So, I don’t see negatives with the VAR and in those countries where VAR is being applied now, they can already not live without it and when we see the statistics, also which were published I think yesterday or the day before in Italy, they are incredible in terms of accuracy of decisions. I am very confident it will work well and it will help the referees.”