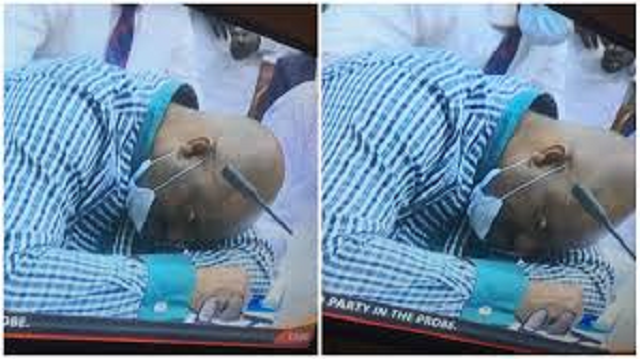 Nigerians are no strangers to corruption probes. However, every new incident of corruption linked to public office holders seems to reveal a new level of moral descent never before experienced in the country’s history. The oil rich nation’s public sector desperately needs real reforms and a proactive watchdog agency to stem the perennial looting of its national resources by corrupt public office holders. Recently, the spotlight of the National Assembly was beamed on the Niger Delta Development Commission (NDDC). The leadership of the commission was summoned to give account of its operations, the events emanating from the probe have snowballed into both a frenzy of public rage and social discourse.

Here are the Top 7 facts about the ₦40 billion NDDC probe:

The acting Managing Director of the Niger Delta Development Commission (NDDC), Prof. Kemebradikumo Pondei, was invited by the House of Reps to provide answers regarding alleged ₦40 billion irregular spending, but ended up leading a walk-out on the federal lawmakers, after citing a conflict of interest against the Chairman of the committee Rep. Olubumi Tunji-Ojo (APC-Ondo). The committee would subsequently issue a warrant of arrest against the protesting Pondei.

Olubunmi Tunji-Ojo stepped down after the acting MD of the NDDC walked out on the panel in protest against the lawmaker’s participation in the investigation process, with Mr. Pondei accusing Hon. Olubunmi Tunji-Ojo of corruption. The headship of the panel was then taken over by the Deputy Chairman, Thomas Ereyitomi

The residence of the former acting MD of the NDDC, Joy Nunieh, was besieged by operatives of the Nigeria Police on the day she was scheduled to appear before the Reps probe panel. The attempt to arrest the former MD was however thwarted by the Rivers State Governor, Nyesom Wike, who personally responded to the distress call by the embattled Ogoni-born ex NDDC acting MD.

Joy Nunieh, speaking with Arise TV host, Reuben Abati,revealed that she slapped the Minister of the Niger Delta Development Commission, Goodswill Akpabio, for sexuallyharassing her in the latter’s guest house and accused her former boss of attempting to inflate the commission’s budget. She alsoalleged that the former Akwa Ibom governor made attempts to make her take a secret oath, which she rejected. She eventually made her deposition via ZOOM to the House of Reps committee.

The NDDC acting MD Kemebradikumo Pondei, who, days earlier, led a walk-out on the panel investigating the Commission, fainted while been grilled by lawmakers. The hearing was put on hold as efforts were made to keep him in a stable condition. Sadly, there was no medical worker in sight to provide professional assistance to revive Pondei. He was eventually taken away to receive medical attention. The Speaker of the House of Reps, Femi Gbajabiamila, who soon after joined the hearing, announced that Mr. Pondei would no longer be required to face the panel that day, having submitted a written response to the panel. Mr. Pondei submitted only 4 out of the 41 documents requested by the panel.

The Minister of the Niger Delta Development Commission,Goodswill Akpabio, responding to questions by the panel,revealed that members of the National Assembly cornered 60 percent of the contracts awarded by the NDDC. The presiding chairman of the probe panel could be heard attempting to stop the Minister from speaking further about it, but failed as a female member on the panel pressed for clarification, to which Mr. Akpabio, without mentioning names, maintained his claim. The minister was given a 48-hour deadline by the Speaker of the House of Reps to publish the names of the lawmakers and details of the contracts awarded, while threatening to apply the full wrath of the law on the minister should he fail to back his claims with supporting evidence.

The embattled acting MD of the NDDC was discharged from hospital after receiving treatment. Pondei had collapsed while being quizzed by an investigative panel over ₦40 billion irregular spending. Femi Gbajabiamila had waded into the situation, giving Pondei time to seek medical attention. The Speaker of the House of Reps later stated that the panel was at liberty to invite the NDDC boss for further clarification if the need arose.

The Minister of the Niger Delta Development Commissionresponded to House of Reps Speaker’s directive to publish names of the lawmakers who benefitted in the award of contracts by the NDDC. The minister named Peter Nwabaoshi, Chairman of the Senate committee on Niger Delta, as receiving53 projects, Senators Matthew Urhoghide and James Manager of receiving 6 projects each. Samuel Anyanwu got 19 projects. A former Chairman, House of Representatives Committee on the NDDC, Nicholas Mutu, was also named by the minister as receiving 74 contracts.