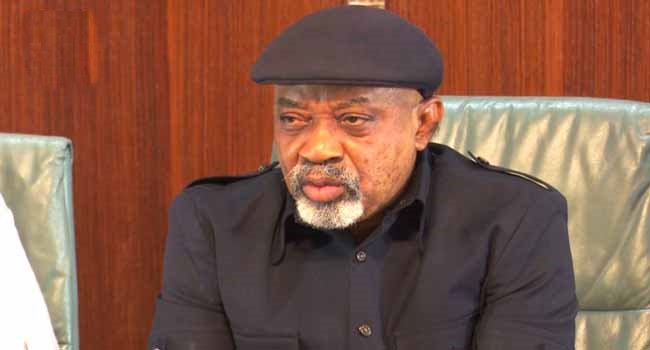 The federal and the state governments are already owing workers arrears of the N30,000 new minimum wage, which was signed into law on April 18, 2019, and its implementation took immediate effect.

Minister of Labour and Employment, Senator Chris Ngige, told a select group of journalists yesterday in Abuja that due to the delay in implementing the pay scheme, the arrears would continue to pile up until the federal and state governments do so.

He also warned that the Trade Union Congress (TUC) and the National Union of Petroleum and Natural Gas Workers (NUPENG) risk being proscribed for their delay in rendering annual account on workers’ check off dues, in violation of the Trade Unions Act.

According to the minister, the federal government has constituted a committee to work out a new template for the consequential adjustments needed to commence the payment of the N30,000 minimum wage.

He said negotiations would soon begin on the template to be used for the payment of the new minimum wage.

The template, he said, would be worked out with the Joint Negotiating Council at both the federal and the state levels.

“Every state government is now owing workers if they have not started paying N30,000. They are owing workers effective from  April 18, a new minimum wage.

“We are in a committee working out a new template with which we will adjust upward the consequential adjustment upstairs for those already earning above N30,000. This is what we are doing now,” he said.

The minister said the emphasis of the new minimum wage is on the vulnerable and those workers down the ladder, adding that the government has set up a technical committee under the Salaries and Wages Commission to work out how the federal government will pay its workers and then advise the state government appropriately.

Ngige said: “You must consequentially adjust for the man on grade level two, grade level three, grade level four and five, because that man on GL 1 step 1 has over taken them with his new payment.

Ngige said the federal government was using the Salaries and Wages Commission to work out what it would pay its workers and to advise the states appropriately.

On the insistence by some state governments that they would not be able to pay the N30,000 minimum wage, Ngige said that the law on national minimum wage was binding and no state could afford to disobey it.

“No, it is a national law and no governor can say he will not pay. The issue of national minimum wage is item 34 on the exclusive legislative list of the Third Schedule of the Nigerian constitution.

Ngige also denied accusations by the Nigeria Labour Congress (NLC) that he is frustrating the speedy implementation of the new minimum wage.

Rather, Ngige attributed the delay in commencing payment of the new minimum wage to some bureaucratic bottlenecks, which will soon be sorted out.

“I am the prime mover of the new minimum wage. If you ask anybody in the Federal Executive Council, they will tell you so and the president will also tell you so; and he has said so many times. So, the president of the NLC is playing politics,” he added.

He said that going by percentages, the N30,000 minmum wage translated to  a 67 per cent increase in workers’ pay, from the former N18,000 minimum wage.

“If a state government applies the same 67 per cent increase across board, there will be serious trouble, the same with the federal government; and when there is that trouble and there will be trade dispute, ” he stated.

The minister however allayed the fears of state governments, saying that there is an aspect of labour law that allows for dialogue and negotiations on how each state graduate the wage bill to enable it fulfill its obligations to workers.

On his recent query to the leadership of the TUC and NUPENG, Ngige said both unions were found to have breached the provisions of the Trade Unions Act.

He said both NUPENG and TUC violated section 37(i) of the Trade Unions Act.

However, he said while the TUC leadership had since made representation pleading for time to enable it to meet up with the legal provision, NUPENG was yet to give any explanation.

BWNEditor
Sorry! The Author has not filled his profile.
Related tags : Chris NgigeNLCTUC