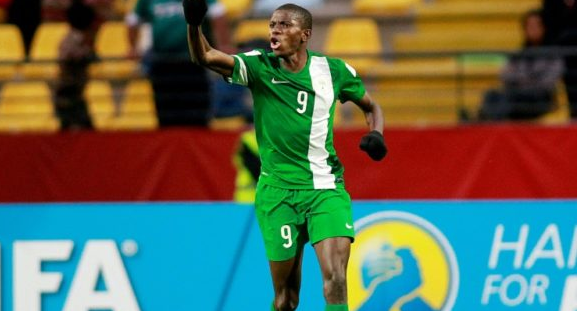 Super Eagles forward, Victor Osimhen, is expected to play his first Serie A game for Napoli against Parma on September 20.

According to the fixtures for the 2020/21 Italian Serie A season released yesterday, Napoli were paired to open their campaign against Parma on Match- day one.

Osimhen switched from French Ligue 1 club Lille in a 70million Euros Transfer to become Nigeria’s most expensive player in Europe to date.

The 21-year-old U17 World Cup winner with the Golden Eaglets in 2015, has already given Napoli fans a dose of what to expect in the new season, banging in three goals plus an assist in the team’s pre season friendly win against fourth division club L’Aquilla last week.

Elsewhere in the Italian topflight, Ola Aina’s Torino will be starting their season away to Fiorentina while William Troost-Ekong and his Udinese teammates will be at home to newly-promoted Spezia.

Simy Nwankwo and his Crotone teammates will start the new campaign away to Genoa.

Defending champions Juventus will launch their bid for a 10th successive Serie A title at home against Sampdoria.

League runners-up Inter Milan will travel to promoted Benevento while Atalanta, who finished third are away at fourth-placed Lazio. Those two matches are to be played a week later because of their European involvement.