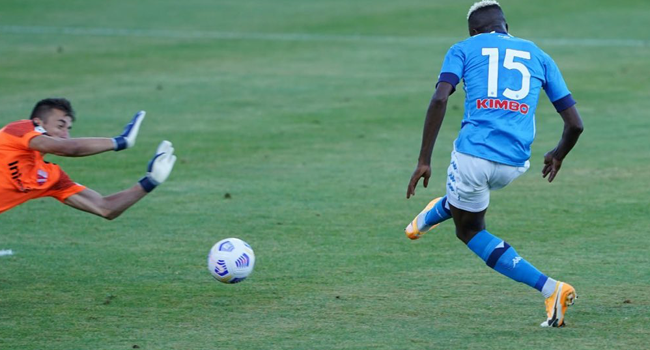 He scored in the fourth, 61st, and 65th minute, taking his tally to six for Napoli.

Mexican Hirving Lozano scored in the 14th minute to add to Napoli’s rout of the lower division side.

Osimhen signed for Napoli after the Serie A side splashed out a club-record fee of up to 80 million euros ($94.6 million) to entice him from French outfit Lille.

He is expected to light up the Serie A when the season begins on September 19.

Napoli will kick off its season in an away match against Parma on September 20 as the club seeks to return to the Champions League.