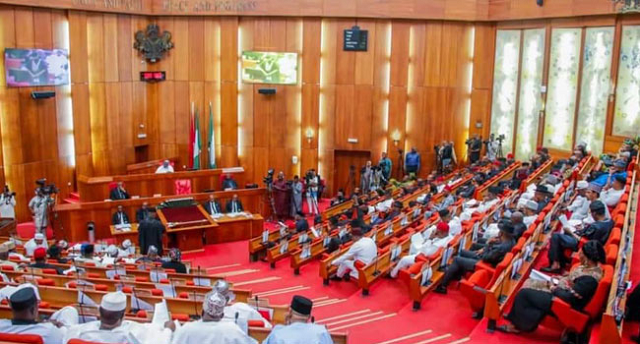 The Senate ad hoc committee investigating financial recklessness in the Niger Delta Development Commission (NDDC) on Thursday said the agency had spent ₦1.3 trillion within four years, with some of the spending unlawful.

The committee revealed the figure during the presentation of its investigative report before the Senate days after the acting NDDC Managing Director, Prof. Kemebradikumo Pondei, slumped at a public hearing.

In the report read by the Senate Committee Chairman, Senator Olubunmi Adetunmbi, the NDDC spent the ₦1.3 trillion between 2015 and May 31, 2019.

Many of the expenses, Adetunmbu said, were extra-budgetary.

He added that the Committee observed process errors and infractions, as well as substantial payments, were made to staff in the form of unjustifiable allowances.

He said the committee observed process errors and infractions, as well as substantial payments, were made to staff in the form of unjustifiable allowances.

Curiously, the payment for overseas travel and scholarship was during the lockdown and cessation of flights abroad.

The committee also observed that the ministry of Niger delta is culpable if negligent supervision of the NDDC.

It further noted that the performance of the interim management committee IMC is a major issue as the record of the IMC has not shown any record of prudence and it should be dissolved.

The committee also raised an alarm over the forensic audit called for by President Buhari, stating that it is at a rudimentary level with the recruitment of the auditors still underway even after eight months.