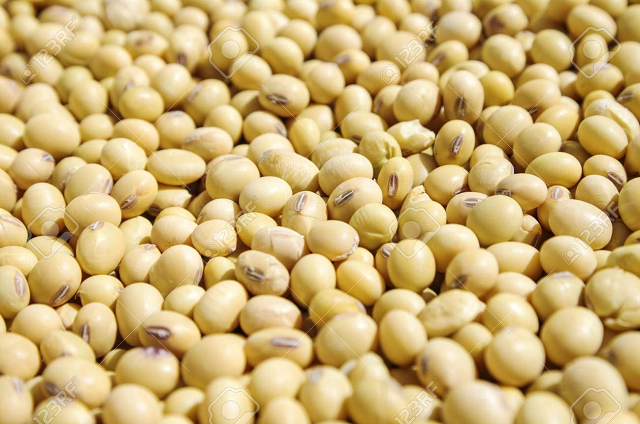 Nigeria has a protracted history of soybean (Glycine max) production among indigenous farmers, with its reported average protein content of 43% and richness in essential amino acids. The Food and Agricultural Organization of the United Nations (FAO) has identified soybean as the best source of protein among other beans, and comparable to some animal proteins. Soybean combination with cereals such as maize, rice, and sorghum results in high-quality, protein-rich nutrition. Despite this, there is a gap between the production and consumption of soybean.

This article highlights the importance of protein, soybean consumption in Nigeria and the challenges around its utilization.

The contribution of soybean to protein intake cannot be overstressed in Nigeria because protein intake is currently inadequate for vulnerable groups.

The sources of protein are from animals, such as meat, fish, poultry, and plant legumes like soybean.

Nutrition science has shown that proteins made up of amino acids are indispensable elements in the diet. Proteins are essential for growth, body building, repairs, and replacement of lost tissues. Additionally, proteins protect against infections, boost the immune system, support metabolism, as well as provide a source of energy. Research has shown that the body cannot synthesize at least nine essential amino acids and so they should come from the diet (FAO/WHO).

The World Health Organization (WHO) has endorsed soybean as an ingredient in complimentary food, due to its ability to provide a single-source availability of adequate levels of essential amino acids, of high biological value. The soybean protein efficiency is very high and well utilized in the body system.

Adequate protein intake is significant for infants, children, and adolescents. These life stages require high-quality protein, from animals or plants, to achieve rapid growth in height, weight and development.

Considering the importance of protein for healthy living, there is a need for adequate consumption at different stages of the life. Protein requirements differ depending on age, sex, and physiological condition such as growth, pregnancy, and lactation (FAO/WHO). Thus, nutrition experts agreed on RDA (Recommended Dietary Allowance) of at least 0.8g/kg body weight/day that safely and adequately meets the protein need of most healthy persons.

Soybean is a good source of vitamins, and minerals, and is also rich in fiber and high-quality oil. Soy oil is 85% unsaturated and cholesterol-free, with tremendous nutritional benefit.

Of particular interest is soybean’s contribution to the prevention of non-communicable diseases such as diabetes, hyperlipidemia, and hypertension, a growing health burden in Nigeria. The management of the non-communicable diseases uses beans, cowpea and soybean-based foods because of the low glycemic index of its carbohydrate and the low trans-fat content of soy oil.

Because of the nutritional significance of soybean, the slogan “Beans for life”   may therefore be acceptable. Legumes, especially soybean, in the daily diet in any form (powdered, flour, beverages, milk, steamed, boiled, or fried) are healthy.

In Nigeria, insufficient protein intake is generally high among under-five children, adolescent girls, and women of reproductive age. The low protein consumption can lead to malnutrition and protein deficiency.  Symptoms of protein deficiency, with inadequate nutrients, can exhibit as mild, moderate, severe acute malnutrition and odema. According to the World Health Organization, malnutrition is the single gravest threat to the world’s public health.

Low weight for height (wasting) low height for age (stunted growth) and low weight for age (underweight) are outcomes of malnutrition with nutrients and protein deficiency. In Nigeria, there was no improvement in nutritional status during the decade 2007- 2016, as underweight and stunting both increased.    Underweight moved from 25% to 32%, stunting from 34.5% to 43.6%. There was no change in wasting, with the national prevalence among under-five children remaining at an average of 10.8% (Multiple Indicator Cluster Survey, 2017).

In 2018, the National Nutrition and Health Survey in Nigeria reported the problem of stunting as the failure to grow in stature, an indicator of nutrient inadequacy, over a period. Many children in Nigeria carry the additional burden of different infections due to low immunity against diseases and other metabolic problems that require amino acids.

International organizations (FAO/WHO) have associated pre-pregnancy underweight with low birth weight and future malnutrition. Attention has also been drawn to pregnant and lactating women who require extra protein for net tissue deposit of fetus in the first 1000 days of life. The period from conception until the age of 2 years is essential for the physical, mental, cognitive growth, development, and health of the infant.

High-quality protein is very significant at this foundation of life when many pregnant women don’t even know they are pregnant. Nutrient inadequacy and protein deficiency in the first 1000 days of life can be very damaging. In the first weeks of life, organs have developed (the brain, eyes, and ears). Thus, the United Nations Children Emergency Fund advocates for nutrient adequacy, especially micronutrients and protein, as crucial at an early stage, to avoid disability of the baby, or even miscarriage. Apart from pregnant women, lactating mothers can be affected by protein deficiency.

Insufficient intake of protein and other nutrients can be burdensome to a nation, touching the physical and economic growth of citizens, along with the medical cost of nutrient-deficiency diseases. However, access to high-quality protein such as soybean can reduce protein deficiency in Nigeria. Surveys (National Protein Deficiency Survey, NPDS 2019) have revealed that the majority of the foods consumed in Nigeria are plant-based staple foods.  Nutritional analyses of these staple foods have shown that they are of low protein quality and mostly lack essential amino acids such as methionine and lysine.

The addition of animal foods, or soybean, to diet can bridge the protein quality gap created by a large quantity of plant-based foods in the Nigerian diet. Only half of Nigerians consume animal protein foods. Intakes of foods such as meat, poultry, and fish varied widely by state and region. Average regular consumption was 48·5 % for meat and poultry and 49·1 % for fish and shellfish.

In most local estimates and surveys, high-quality protein with required amino acids is still inadequate in Nigeria. A key influence on food choices is availability and price. A survey conducted recently revealed that 51% of Nigerian respondents do not have adequate protein-rich foods, due fundamentally to high cost.

As a result of high cost of other proteins, beans became the most regularly consumed protein-rich food by Nigerians. Almost half of the sample respondents consume soybean protein (NPDS, 2019). A study of influences on the choice of foods consumed in Nigeria revealed that quantity, rather than quality, is still a determinant factor in food consumption.  Nutrition ranked a distant 4th position amongst the lower socioeconomic class, as the reason for food choice.

The value chain of soybeans in Nigeria is growing among the food manufacturing industry, animal feeds, and human food products. Soybean is very useful in several ways as cooking oil, dairy substitutes, and as ingredient in many processed food products.

Reports have shown that about 85 percent of soybean produced globally is processed into meal and vegetable oil, the other 15 percent consumed as whole beans (CERES). Most producers of livestock and aquaculture feed make use of soybean as their source of protein. In spite of soybean’s qualities, production, and utilization, there are still problems and challenges inhibiting its food pattern and consumption. Some cultural practices which favor the use of cereal rather than legumes for weaning infants and the long cooking time, constitute barriers to soybean consumption.

Furthermore, anti-nutritional factors such as inhibitors within soybeans have reduced the utilization at the household level. However, food processing methods such as germination, fermentation, various types of heat treatment, and cooking, decrease inhibitors. Food processing has helped in the removal of anti-nutritional factors such as trypsin inhibitors, Oligosaccharide, and phytic acid content.

A report from qualitative research on industrial use of soybean revealed that there is underutilization. In December 2018, the Manufacturers Association of Nigeria put soybean utilization at 55%. These are mostly soybean powder, soy oil, and soymilk.  Most producers of livestock and aquaculture feed use soybean as a source of protein.

Recommendations on creating more awareness of soybeans in Nigeria

The challenge to alleviate malnutrition and protein deficiency is realizable through intensive action by governments, local communities, Non-Governmental Organizations, Community Based Organizations, and the private sector. Thus, awareness of soybean’s consumption and utilization can generally improve intake and reduce protein deficiency in Nigeria.

Campaign for soybeans consumption and utilization must involve stakeholders, indigenous farmers, industrialists, nutritionists, and health providers. The use of the media to increase consumption of legumes such as cowpea and soybean by all age groups must showcase Beans for life.

There should be strategic nutrition advocacy to boost protein consumption through integration of soybeans into fast-moving consumer goods lines such as snacks, seasonings, complementary foods, and beverages. The promotion of soy-based foods as prophylactic and therapeutic diets is necessary for Nigeria.

High-quality protein such as soybeans must be available, affordable and accessible by the high and low-income classes. The implementation of policies that address improved nutrition knowledge, attitude and practice should begin.

The government must focus on the implementation of the National Food and Nutrition Policy and revitalize other related programs, to improve the nutritional status of the vulnerable.

Promotion of nutrient adequacy and food variety, through the capacity building of vulnerable groups, women, school administrators, traders, professional bodies, and other stakeholders, is essential.

The campaign for an adequate, protein-rich diet should consider the use of publicity through media such as radio, television, online social media, and the likes.

Professor Ibiyemi Olayiwola is a Professor of Human Nutrition at the Federal University of Agriculture, Abeokuta, and a Visiting  Professor at the Nutrition and Dietetics Department, College of Health Sciences of Bowen University, Iwo, Nigeria.