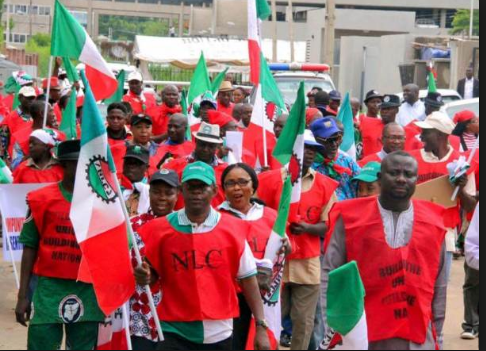 The threat by the organised labour to embark on a strike tomorrow gathered momentum yesterday as the meeting between the federal government and workers failed to agree on the terms for the implementation of the N30,000 minimum wage signed into law on April 18.

Following yesterday’s stalemate, both sides are expected to meet again today in what labour has described as a decisive moment, which will either result in the suspension of its planned industrial action on Wednesday or make it happen.

At the resumed negotiations chaired by the Minister of Labour and Employment, Senator Chris Ngige, which had representatives of the labour movement in attendance, both the government team and the workers’ failed to shift their positions.

The expectation that either of the sides will agree to a new proposal for the consequential adjustment on the minimum wage did not materialise, at least as at the time their meeting ended.

Speaking to journalists on the outcome of yesterday’s meeting, the Deputy President of the Nigeria Labour Congress (NLC), Mr. Amechi Asugwuni, said the matter was yet to be resolved.
He said the meeting was a consultative one, which afforded labour the opportunity to present its position to the minister and other officials of government.

He stated that the meeting was meant to present labour’s position, which will enable the government to decide.
He said: “The meeting took into consideration the essential issues about the minimum wage that is still pending. With the consultation, we were able to share information with the Minister of Labour and Employment in order to ensure the success of tomorrow (today) meeting.

Asugwuni said yesterday’s meeting afforded labour the opportunity to submit all the facts that the government needed to take informed decision on the full implementation of the minimum wage.
He, however, said that the organised labour would not accept anything that is not reasonable.

“Labour will not tolerate anything short of reasonable adjustment in the ongoing negotiations,” he said.
The NLC chief said the government team would also meet later yesterday ahead of today’s meeting which he hoped would help break the deadlock.

Asugwuni said the consequential adjustment was a matter of percentage, which requires give and take principle, adding, that labour has shifted ground beyond expectation.

According to him, “What government needs to do is to reciprocate by doing what is needful to appreciate the workers. We are talking about compensation, salary and legitimate compensation for work done.

“Inasmuch as we believe in the consequential adjustment, it has to be reasonable. Otherwise, people will feel neglected. Tuesday (today)’s meeting is the benchmark for labour action but mobilisation continues. The meeting will tell us the way forward because anything can happen.”

Earlier, while welcoming the labour leaders to the meeting, Ngige had appealed to them to show understanding of the government’s position.
He described the meeting as an exploratory one, which would afford both sides to share information and to understand the issues better.

BWNEditor
Sorry! The Author has not filled his profile.
Related tags : NLCTUC