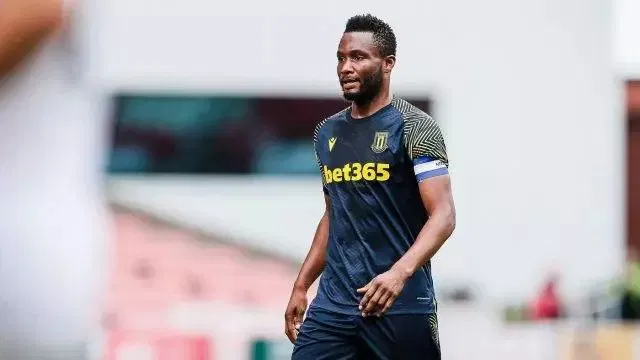 Mikel Obi showed his wealth of experience again as Stoke City continued their preparations for the 2020/21 Championship season with an impressive 3-0 victory over Premier League outfit Leeds United.

Nathan Collins, Lee Gregory and Tom Ince netted for Michael O’Neill’s side on Tuesday afternoon in the Club’s penultimate friendly ahead of the new campaign.

The Potters will travel to St. James’ Park on Saturday to face Newcastle United for a final match before the season starts on September 12 against Millwall.

Captain Ryan Shawcross was forced off inside the first seven minutes when he was unable to shake off a knock sustained in a block tackle.

The 32-year-old handed the armband to new signing John Obi Mikel who established himself as a calm presence in a well-marshalled and disciplined five-man midfield until his own substitution on 65 minutes due to match sharpness.