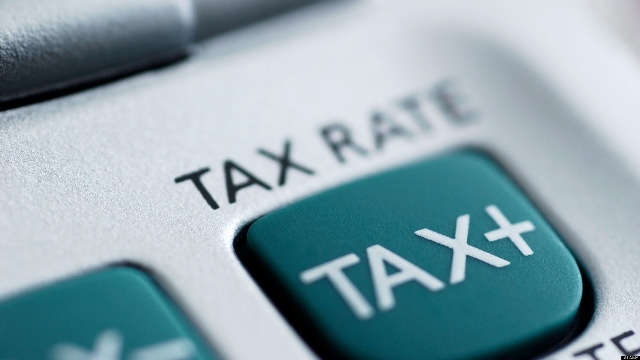 The federal government is targeting a tax-to-Gross Domestic Product (GDP) ratio of 15 per cent by 2023, up from the six per cent it is presently, with the Nigeria Tax and Fiscal Law Amendment Bill (the Finance Bill) currently before the National Assembly, according to the Minister of Finance, Budget and National Planning, Mrs. Zainab Ahmed.

She told stakeholders yesterday in Lagos at PwC Nigeria’s executive session on the bill and tax strategy that the Finance Bill would also help the government achieve its revenue projections in the proposed 2020 budget.

The Finance Bill has five strategic objectives, which include promoting fiscal equity by mitigating instances of regressive taxation such as tax reforms for the insurance sector; reforming domestic tax laws to align with global best practices such as taxes of digital business and e-commerce, introducing tax incentives for investments in infrastructure and capital markets, among others.

Also, it seeks to raise the Value Added Tax from five percent to 7.5 percent.
The minister said: “The Nigerian economy is characterized by structural challenges that limit the country’s ability to sustain economic growth, create more jobs and achieve significant poverty reduction.

“One of the biggest challenges of all is our high dependence on oil for our economic activities, fiscal revenue, and foreign exchange earnings.

“In 2016, Nigeria fell into recession due to its vulnerability to oil. Although the oil and gas sector accounted for just about 10 percent of GDP, it represented 94 percent of export earnings and 62 percent of government revenues (federal and state) in 2011-2015.

“This narrative is changing but we still have much more to do to get to our desired revenue to GDP ratio of 15 percent by 2023, which we anticipate to come from non-oil revenue. We must grow our tax-to-GDP ratio from the current six percent as at 2018.”
According to her, based on the non-oil revenue performance as at June 2019, the country is on track to further improve its tax to GDP ratio.

“Although we are improving, we are way below the Sub-Saharan Africa (SSA) average of about 19 per cent. Ghana, for example, had the revenue to GDP ratio of about 14 percent in 2018, whereas other African peers, including Cameroon and Kenya, recorded 16 percent and 18 percent in 2018 respectively,” she stated.

The minister listed Nigeria’s requirements for sustainable development to include resources to actualize its Economic Recovery and Growth Plan (ERGP) and other development plans, which are at risk of being underfunded.

On the 2019 budget, Ahmed said as at June 30, the actual aggregate revenue stood at N2.04 trillion.
This, according to her, indicated a shortfall of 42 percent arising from the underperformance of both oil and non-oil revenue projections.

“Similarly, revenue shortfalls have been experienced since 2017, when the ERGP was launched, resulting in a serious deviation from our targeted revenue and expenditure projections.
“The infrastructure master plan alone requires about $3 trillion over the next 30 years to sufficiently address our infrastructure deficit.

“To achieve our developmental goals, we need fiscal sufficiency and buoyancy, which must come through domestic revenue mobilization for it to be sustainable.
“This brings us to very important questions: Why do we keep punching below our weight? Why is it difficult to mobilize domestic resources from our large economy to adequately invest in key developmental levers in social and physical assets such as human capital and infrastructure?

“Simply put, we have very low tax collection efficiency, archaic tax laws that are not evolving at commensurate pace with businesses, leakages in our revenue generation, low tax compliance rates, high level of evasion and poor tax morale to mention a few.

“Fixing these issues require robust, tough, well-coordinated and multi-faceted reforms.
“One of these reforms is to update our archaic tax laws, which have not been reviewed in over a decade, with the most recent amendments being the amendment of company income tax act (CITA) in 2007 and personal income tax act (PITA) in 2011.

“Whereas businesses and the commercial environment continue to evolve, our tax laws remain static.
“The Nigerian tax system was built on a progressive tax system but over the years, some of the laws have become regressive at some instances.
“More so, it is best practice to accompany budgets with a finance bill that outlines how the budget will be funded, and the reality is, Nigeria must move away from relying on financing budgets from oil revenues,” Ahmed explained.