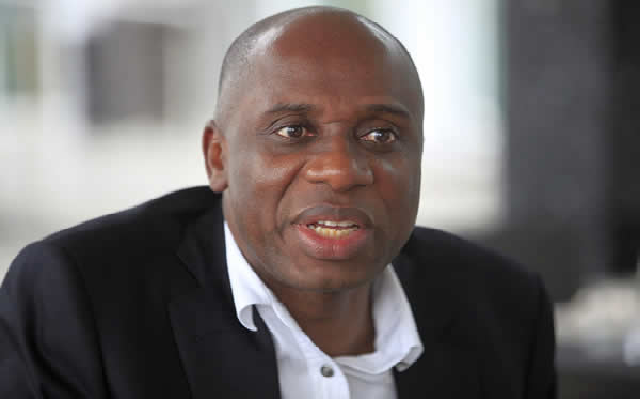 Rotimi Amaechi, minister of transportation, says there will be no development of infrastructure if Nigeria stops taking loans.

Speaking on the controversy around loans from China, the minister said the Buhari administration had to rely on loans when it took off in 2015 because there was no money on ground.

A house of representatives panel had raised the alarm over clauses conceding Nigeria’s sovereignty to China in a loan agreement.

The clause, described as “lethal” by the panel, is in article 8(1) of the commercial loan agreement between Nigeria and Export-Import Bank of China.

Speaking at a programme on AIT, the minister said contracts signed with China do not cede the country’s sovereignty.

He said the clause is only a diplomatic agreement between both parties to ensure payment is made accordingly.

“Whether it is the ministry of finance that signed it or the ministry of transportation, the issue is that nobody will give you loan free of charge. There must be an agreement and such agreement must contain some terms. That doesn’t mean that you are signing away the sovereignty of the country; no country will sign out its sovereignty,” he said.

“What clause 8 does is to say to you, I expect you to pay according to those terms we have agreed. If you don’t pay, don’t throw your immunity on me when I come to collect back the guarantee that was put forward, that is all.”

The minister said clause is a standard feature in every agreement to ensure the lending country receives its money.

“When we stop collecting the loans, then we stop developing because there was no money when we came into government; by the time we came, the money had been blown away,” he said.

“So, they are saying if you are not able to pay, don’t stop us from taking back those items that will make us recover our funds. Is China our father that will give us money for free? It is a standard clause in every agreement, whether it is America we signed it with, whether it is Britain, any country would want to know that they can recover their money.”

The minister had earlier said China will not approve Nigeria’s request for loans if the national assembly continues to probe the loan agreements the country has with lenders.