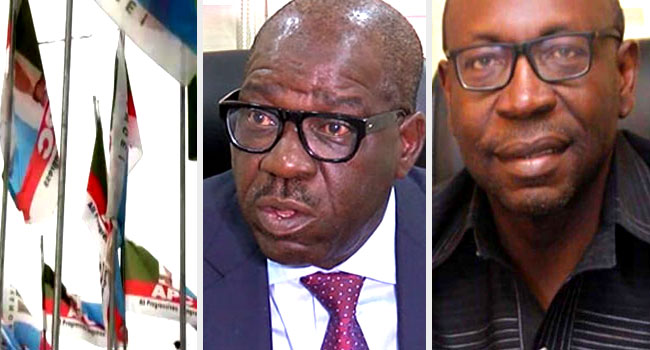 Mr Crusoe Osagie, Special Adviser to Gov. Godwin Obaseki on Media and Communication Strategy, made this known in a statement made available to the News Agency of Nigeria (NAN) in Benin on Sunday.

He said the Edo Modular and Refinery Company Ltd. and AIPCC Energy, were on the verge of completing the 5,500bpd Edo Modular Refinery, now at 70 per cent completion stage.

“This is a key legacy project by the Gov. Godwin Obaseki-led administration to recalibrate the state’s industrial base, birthed through a Memorandum of Understanding (MoU).

“The crude is to be sourced from the Nigerian Petroleum Development Company’s (NPDC) facility – oil mining lease (OML) 111, near Benin City.

“The Chinese consortium handling the construction of the modular refinery is made up of Peiyang Chemical Equipment Company of China (PCC), Sinopec International Petroleum Service Corporation (SIPS) and African Infrastructure Partners (AIP),” he said.

Osagie said the modular refinery project was among the growing list of ongoing legacy projects through MoU with local and international private investors, which included the 55MW CCTEC Ossiomo Power Plant, which had been completed and ready for use.

“The Benin Enterprise and Industrial Park, which development is ongoing and the Benin River Port, for which preliminary works are ongoing,” he said.

He said the governor was committed to resetting the economy of the state for prosperity and industrial growth.

According to him, the local content component of the refinery project ensures that Edo citizens are trained in welding, refinery operation and fabrication works to enable them participate in the construction of the refinery as well as its operation, post-commissioning.

“The refinery is at 70 per cent completion and we are very sure that it will soon be ready for commissioning,” Osagie said.

He added that the actualisation of the project was premised on the governor’s smart thinking and financial savviness from which he mobilised funds and resources to initiate and execute the project.

“Recall that the Edo State EXCO approved the release of N700 million as redeemable preference shares (investment) in the Edo Refinery and Petrochemical Company Ltd.

“To facilitate the establishment of a fabrication yard as proposed by the promoters and create basis for expertise, professionalism and further training in the oil and gas industry.

“The take-off of the Edo Refinery and Petrochemicals Company benefits from a series of groundwork by the Obaseki-led administration that led to the setting up of Edo Investment Scheme Ltd.

“A Special Purpose Vehicle (SPV) to hold N2 billion investment funds in which the Ministry of Finance Incorporation (MOFI) and the Edo State Oil and Gas Producing Areas Development Commission (EDSOGPADEC) are to hold shares of 20 percent and 80 per cent respectively,” he said.

Osagie noted that the project would facilitate the state’s investment in various initiatives across the oil and gas sector, petroleum exploration, drilling and filling stations, sales and supply of gas, agro-allied products, petroleum and petrochemical products and other related businesses.