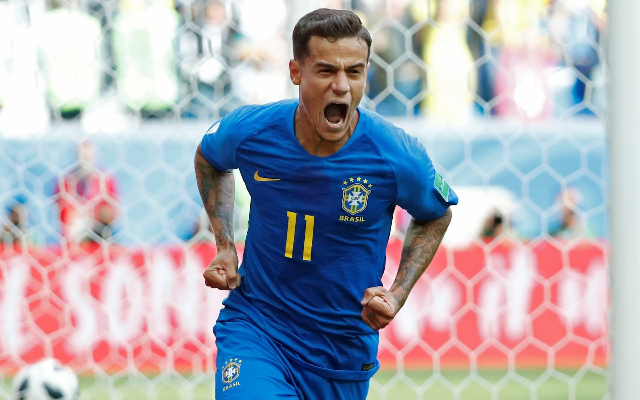 This game will be remembered as the day Brazil escaped a place alongside Argentina in the danger zone with two stoppage-time goals – and as a victory for VAR, after a penalty awarded to Neymar for an innocuous hand-touch by a Costa Rica defender was overturned by Bjorn Kuipers, the referee, who acknowledged his own mistake on review.

The tournament is breathing easier after the favourites, who were mostly unconvincing – scored in stoppage time through Philippe Coutinho, their outstanding player, and Neymar, moments before the whistle. Brazil were sucked into Neymar’s private dramas throughout their second Group E fixture but the world’s most expensive footballer at least made his mark with a tap-in that sends Tite’s side into the Serbia game with a clear victory in Saint Petersburg.

Neymar complained constantly to the referee about Costa Rican tackling and was in poor touch for most of the game. At the end he sat on the turf while team-mates hugged him. This Neymar fixation is not going to go away. But at least Kuipers struck a victory for justice by seeing, on his review screen, that Neymar had collapsed much too easily after Giancarlo Gonzalez merely touched him on the chest.

From there, Brazil chased the win with renewed intensity. A grip around this World Cup has been that no outstanding team has yet emerged. Brazil still fall short of that description, but have plenty of scope for improvement now that a late brace of goals have soothed their nerves. They cannot, however, keep indulging Neymar. Tite, the Brazil coach, showed his ruthless side by replacing Willian with Roberto Firmino at half-time. He might need to call on it again if Neymar continues to make his right not to be tackled at the centre of all Brazil’s concerns.

He should have been booked too for falling backwards after being lightly dabbed by Gonzalez. Neymar will claim the headlines again, but Coutinho was the true spirit of Brazilian football. The other major powers here in Russia will fear this was Brazil’s moment of take-off.