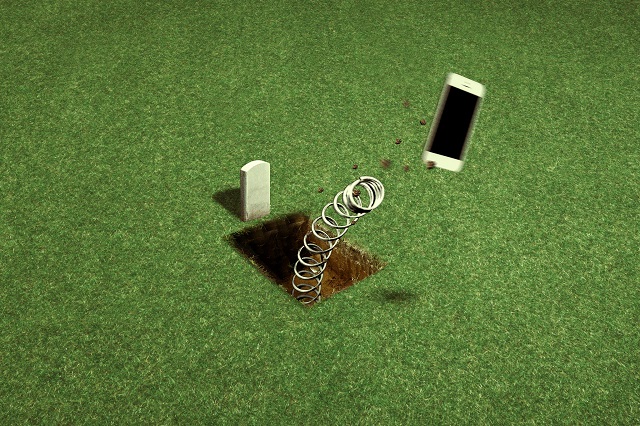 When you buy a new smartphone, how long do you expect it to last? Two years? Maybe three? Despite the sometimes sky-high sticker prices, we tend to replace our smartphones more frequently than any of our other expensive electronic devices. It doesn’t have to be this way.

Around the time early smartphones from Apple and Google started to hit shelves in the late 2000s, the traditional model for buying a phone from your carrier worked like this: You would sign up for a two-year contract and in exchange you’d get a free (or very cheap) phone whose cost was built into the price of your monthly payment. Once your two years were up, carriers would lure you back with an “upgrade” that renewed your contract, gave you a new phone and maybe even took the old phone off your hands.

This worked fine for old flip phones, and especially cheaper phones that might not last very long. However, this model came with an unintended side effect. It trained users to expect upgrades every two years.

That proved costly to carriers that couldn’t eat the cost of increasingly expensive smartphones. So, they switched to a new model. Around the mid-2010s, carriers started decoupling phone prices from service contracts. Under the new model, you’d pay a set price for your service and a separate monthly price for your phone.

Suddenly, it became clear how expensive smartphones really were.

After that transition, phone buyers started to upgrade less often. According to a study by HYLA Mobile, the average trade-in device in 2016 was 2.38 years old. By 2018, that number increased to 2.77. For iPhones, which have gotten rather expensive in recent years, it climbed even higher to 2.92 years old. In other words, since phone prices became more transparent, people have started keeping them longer.

And yet, three years is still a comparatively short life for such an expensive gadget. A $700 laptop might last three to five years, while a $1,000-plus laptop could last several more. So, why don’t phones last that long?

Part of the reason may be because it’s harder to repair your phone. Many laptops have removable batteries. If the battery won’t hold a charge, you can just buy a replacement. Most smartphones, on the other hand, have built-in batteries that are difficult to replace or repair.

This problem gained publicity in 2018 when users discovered that Apple was slowing down phones as their batteries got older to prevent them from accidentally shutting down. A simple battery replacement would keep a phone working smoothly and extend its life, but many users didn’t know that. Once the intentional slowdown was revealed, Apple temporarily dropped the price of its battery replacement program. The result was so popular that it caused a decline in demand for newer iPhone models. It turns out if you can spend $30 to speed up and give new life to your old iPhone, you’re less likely to spend $1,000 on a new one.

According to Kay-Kay Clapp, the director of communications and advocacy at iFixit, a site that encourages people to repair their own electronics (and publishes guides to help them), Apple’s “Batterygate” was a turning point for consumers. “It’s now mainstream knowledge that a simple battery swap can extend your phone’s life — this was huge!” Ms. Clapp said. “It was the first time Apple admitted that the battery inside your iPhone is a consumable, and not the iPhone itself.”

Simple repairs will add years of life to your phone

Depending on what phone you have, you may be able to repair it on your own. iFixit breaks down the most popular phones and gives them a repairability score. “On average, most smartphones have become less repairable over the past few years,” Ms. Clapp said.

Whether you repair a phone yourself or take it to a service center, there are a few common parts that can make your phone last longer.

Replacing your phone’s battery will get you more mileage than any other repair. “Most manufacturers’ batteries last about two years before serious degradation,” Ms. Clapp said. “Think of it like tires. Even if you don’t run over a kitchen knife on the highway, you’re going to have to replace them. They’re consumable.”

If you’ve held onto a phone for a couple of years, it may not hold a charge the way it used to. As Apple’s “Batterygate” controversy revealed, this can also lead to your phone slowing down or shutting off randomly. The more you charge and deplete batteries, the more they degrade.

“An iPhone retains up to 80 percent of its original capacity after 500 complete cycles,” Ms. Clapp said. “So if you charge your phone every night, and drain it during the day, that’s a complete cycle. So you’re basically looking at 80 percent of your new battery a year and a half to two years in.” Replacing the battery gives you another 500 cycles or so, which can extend the life of your phone another couple of years. Apple will replace an out-of-warranty battery for $50 to $70, which is considerably less than the cost of replacing your phone.

The screen is another repairable feature. Even if you use a case, dropping your phone can crack or shatter the screen. The screen is usually one of the most expensive components, so even if you do the repair yourself, it can still be costly (but still cheaper than buying a new phone).

Screen repair kits come with everything you need to fix a cracked display, including the screen and the digitizer — the part that detects where you tap your finger — and most include the tools you’ll need for the replacement. Most popular phones have many kits you can buy online. In some cases, you may be able to replace just the glass, which can be a lot cheaper.

Depending on the model, Apple charges as much as $330 for a screen replacement if you don’t have AppleCare+, the company’s extended service plan. Some Android phone repairs can be similarly expensive. You can save a lot of money if you fix the screen yourself, but the process can be difficult. The good news is that as long as you don’t break it again, your screen and glass should work far longer than any phone manufacturer will support your phone.

There are also minor things you can do to keep your phone working. “Always, always clean your charging port out with some fine tweezers or a port cleaning tool before going through the trouble to swap the port itself — it can save so much hassle!” Ms. Clapp said.

You can also save a phone that got wet as long as you don’t try to turn it on. “While rice doesn’t cut it,” she said, “pros can help you out with an ultrasonic bath that can save your phone.”

Smartphones are tightly engineered to fit as many components into as little space as possible. This often leads manufacturers to prioritize saving space over easy access for repairs. “If consumers had easy access to parts (and the confidence or knowledge to do the repair), I think a typical flagship smartphone could easily have a life span of four to five years,” Ms. Clapp said. Unfortunately, that’s not always the case.

If you want to repair your phone, you have three main options. The first and potentially cheapest is to do the repair yourself. Sites like iFixit have detailed guides that walk you through every step of opening most phones for common repairs. You may need special tools like suction cups, plastic picks or specialty screwdriver bits (like Apple’s notorious pentalobe screw). Some phones are more difficult to open than others, so be sure to research your phone model before you buy tools or parts.

The most expensive but safest option is to get a repair directly from the manufacturer or an authorized service center. Apple, Google, Samsung and most other manufacturers will replace your battery, screen and other parts for a fee. For iPhones, you can head to any Apple store, while Samsung partners with a company called uBreakiFix that has nearly 500 locations across the country. Using an officially authorized repair center guarantees that your phone’s manufacturer won’t deny you service if you need a repair or help from them in the future.

Unauthorized repairs, done by a computer shop or even a friend, can save you money, but manufacturers often try to penalize you if you go that route. Some manufacturers include controversial “warranty seal” stickers that they use to claim the warranty as void if they’ve been broken or removed. The Federal Trade Commission reminded companies in 2018 that this practice is illegal. Similarly, in 2017, leaked documents revealed that Apple would refuse service for any issue if it found a third-party battery while performing a repair. The company recently reversed this policy, but will still refuse repairs if it finds other third-party components, like logic boards or microphones.

A software update in 2018 for the iPhone also had the unintended side effect of “bricking” devices (meaning, rendered nonfunctional) that were using aftermarket replacement screens. This was probably a bug on Apple’s part rather than a malicious change. However, it highlights a potential risk when you go third party. Many argue that it doesn’t have to be this way, but for now it is.