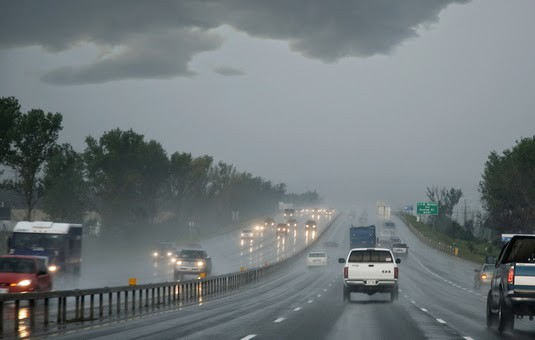 The rainy season is considered a joyful season, especially for farmers.  It is the season that makes you remember boats, canoes and of course your umbrellas, rain coats and even flood. It is also the season that ushers in floods.

This article talks about the joys and tears of the rainy season.

Joys of the Rainy Season

The rainy season helps us appreciate good roads, effective drainage systems and even the fresh fruits that are abundant during this season. Plants and trees benefit from the rain, as they need water to survive and grow. Rainy season increases the movement of the oceans and creates a cool and friendly atmosphere. Hydroelectric power generation comes from the potential energy of water.

Tears of the Rainy Season

People living close to the water channels suffer more during the raining season, largely due to flood. This may result in the displacement of people, loss of property and even lives.

Flooding may result from insufficient, or poorly maintained drainage systems and roads, dumping of refuse into the drainage channels, which obstructs the free flow of the water and littering of the roads.

The National Emergency Management Agency (NEMA) has raised the alarm that 28 states are at a high risk of flooding this year. Flood prediction by the Nigerian Hydrological Agency (NHSA) also indicates that 102 council areas in 28 states are at high risk of flood, 275 council areas in the 36 states including the FCT are at moderate risk while the remaining 397 falls within the low probable risk areas. The Nigeria Hydrological Services Agency (NHSA) is responsible for issuing yearly forecasts for flood management.

On July 15, 2018, 466 houses were washed away; about 50 persons killed, over 300 domestic animals killed and household items, including foodstuffs worth billions of Naira, lost to the flood in Katsina State. Heavy floods in Niger State have already claimed nine lives in July 2020 and destroyed more than 2,000 homes, affecting at least 20,000 people.

Flooding can be reduced or eradicated with a proper sense of responsibility on the part of the everyone concerned.  The government should sensitize the community on keeping the drainage systems free of debris. Adequate drainage systems should be put in place, with proper maintenance, and the society should be properly educated on proper refuse disposal.

Adepeju AinaEditor
Sorry! The Author has not filled his profile.
×

Adepeju AinaEditor
Sorry! The Author has not filled his profile.
Related tags : floodFlood in NigeriaRaining Season