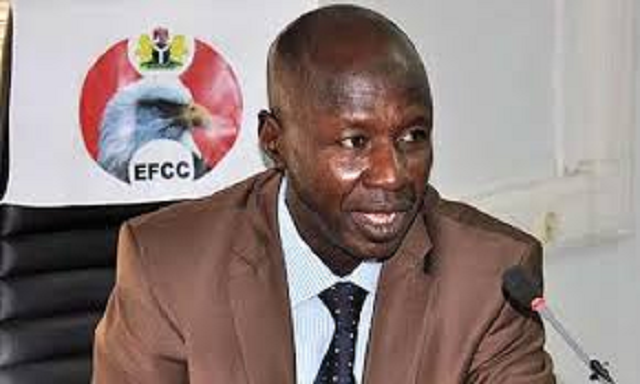 The committee, headed by Ayo Salami, retired president of the appeal court, is probing the activities of the agency under Magu.

During the proceeding earlier in the day, a source close to the committee told TheCable that Magu’s request for video recording was rejected but he was assured of getting fair hearing.

“The members are not conducting a trial or inquiry on Mr Ibrahim Magu nor the EFCC,” the source quoted Salami to have said.

“The venue of the sitting of the committee is temporary and therefore it is impossible to install video recording equipment as requested by Magu. Even the superior courts of records do not have video recording facilities and lack of such facilities does not infringe on fair hearing.

“The committee undertakes to guarantee fair hearing to Magu and all appearing before it in its fact finding exercise.”

Magu was arrested and detained on Monday, July 6, 2020, following summons by the presidential panel.

His travails followed a memo by Abubakar Malami, attorney-general of the federation, who accused him of “grave malfeasance”.

He was alleged to have mishandled the recovered loot and sold seized assets to his associates. He was alleged to have purchased a property in Dubai, United Arab Emirate using a pastor as a conduit but he has denied all the allegations, describing his suspension and probe as a case of “dog eats dog”.