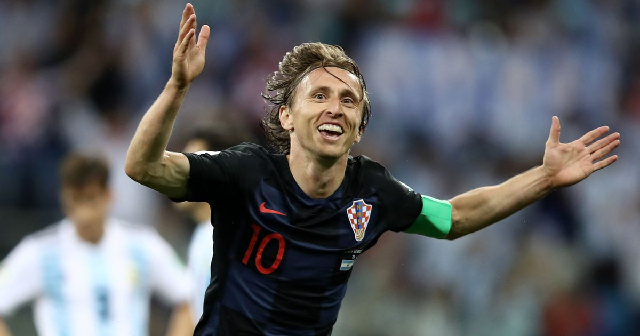 The midfielder has seen his stock rise on his way to helping Croatia to their first ever final of the quadrennial showpiece – and potentially their first World Cup trophy.

The Fiery Ones skipper – who also played a crucial role as his club Real Madrid secured a third consecutive Uefa Champions League trophy last season – delivered a masterclass to help his country get the better of England in Wednesday’s semi-final.

And, overall, he has been instrumental in their surreal run in Russia, chipping in with two goals and an assist.

The Ballon d’Or has been dominated by Cristiano Ronaldo and Lionel Messi, both of whom, despite having an incredible 2017-18 season with their respective clubs, failed to carry their countries past the Round of 16 of the World Cup.

And the Sunshine Stars gaffer believes the 32-year-old is deserving of the biggest individual award in the game.

“I don’t know who is going to win in the final but I think he should be the tournament’s MVP,” Abiodun told Goal.

“It’s always about the guys that score goals. We know the primary aim of the game is to score. We cannot continue and lay emphasis on who’s scoring. But sometimes we’ve to look at the players who are contributing and the people behind the scene making things to work.

“[The World Cup] is just an opportunity for the world to witness his skills,” he added.

Having started their semi-final clash against England on the back foot, an extra-time goal from Mario Mandzukic helped Croatia secure a spot in the final.

And Abiodun highlights the former Tottenham Hotspur player’s importance to their game.

“He’s a great leader, it’s not easy to shoulder that responsibility with the world watching,” he continued.

“When you look at his size you won’t expect the kind of success he’s bringing on the pitch. His charisma, his ball distribution skill.

“He’s a player that combines the ability to win the ball with ball distribution and the game against England – as like every other game – Croatia’s confidence came through him.

“He’s the one that determines if they want to go forward or not. Most times when you see him go wide with the ball, he wants the team to keep the pace and kill the game but the moment you see him accelerating forward with the ball, he wants his team to attack and you see everybody adjust, pushing up to support. He determines what happens in the team.”

Zlatko Dalic’s men battle France in Sunday’s final at the Luzhniki  Stadium, and to lift the most coveted trophy in football at their very first attempt, it is no doubt that Modric would have to be at his best.