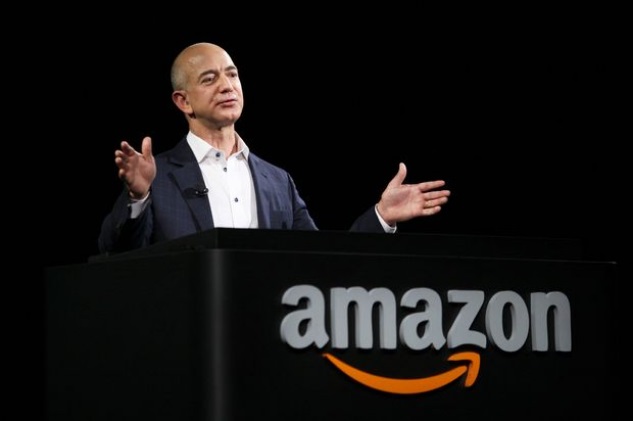 Jeff Bezos, the founder of Amazon, US multinational technology company, has reclaimed his spot as the world’s richest man after losing the position for a few hours to Bill Gates, the Microsoft co-founder.

According to Forbes, Gates had temporarily displaced Bezos, who is also the owner of Washington Post, on Thursday, after Amazon’s shares dropped by seven percent after-hours trading —  a development that saw its founder’s net worth reduced to $103.9 billion.

Gates is currently worth $105.8 billion.

The Microsoft founder has held the position for most of the times over the last two decades.

He was, however, displaced in 2018 by Bezos who was not only the richest man then but also the first man on earth to attain a net worth of $160 billion.

Bezos’s inconsistencies in the ranking is widely attributed to the divorce of Mackenzie, his ex-wife. The divorce is said to have taken a huge toll on his net worth.

MacKenzie presently ranks among the top richest in the world with a net worth of $32.7 billion.

“It’s possible Bezos could lose the crown once more as Amazon continues to invest heavily in infrastructure to support one-day shipping—a delivery time that he hopes will become standard for all Amazon Prime members,” said Forbes.

The Amazon CEO is said to have first joined The Forbes 400 list of richest Americans in 1998.

BWNEditor
Sorry! The Author has not filled his profile.
Related tags : Bill Gates