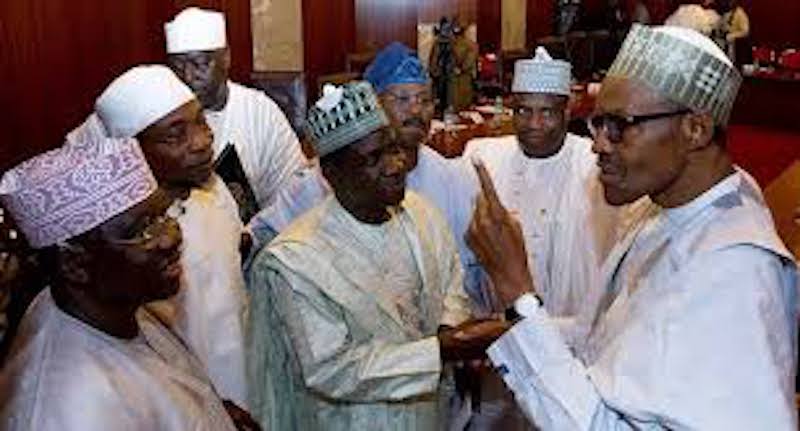 There are indications that the meeting between President Muhammadu Buhari and some state governors on Monday at the State House in Abuja over the proposed N30,000 minimum wage was deadlocked.

Though no official statement was made after the meeting, THISDAY gathered that the meeting was not able to resolve the issue.

Prior to the meeting, one of the governors had hinted journalists that they were at the State House to deliberate on the minimum wage with a view to finding a meeting point.

Not able to reach an agreement on the matter, the governors had set up a committee to meet with Buhari on the issue.

It was however gathered that the governors had agreed to a minimum wage of N24,000 as against the N22,500 they earlier settled.

Victor OkehEditor
Sorry! The Author has not filled his profile.
Related tags : buhariNLCTUC