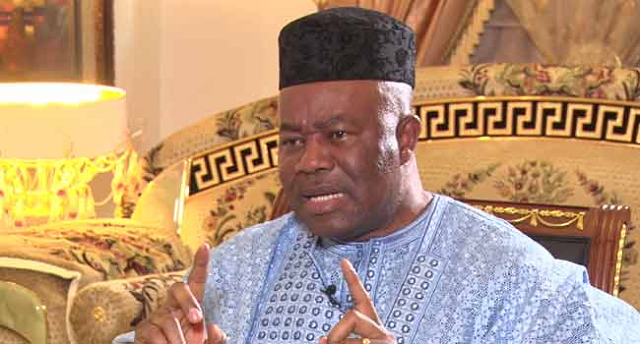 Two former governors of Delta state have reportedly been linked to contracts awarded by the Niger Delta Development Commission (NDDC).

In his letter to the house of representatives, Godswill Akpabio, minister of Niger Delta affairs, was said to have named James Ibori and Emmanuel Uduaghan as having benefited from emergency repairs projects awarded by the commission in 2018.

When he appeared before the house committee investigating the NDDC, the minister had claimed most of the commission’s contracts were awarded to federal lawmakers.

Femi Gbajabiamila, the speaker, asked him to name the beneficiaries of the contracts or be sued, after which Akpabio revealed the identity of the lawmakers.

According to the PUNCH, Akpabio mentioned more lawmakers in the letter, including Orji Uzor Kalu and Ifeanyi Ararume, both from Abia and Imo state respectively, as those with links to NDDC contracts.

Each of the projects linked to the two former governors and the senators are said to be within the range of N400m and N560m.

Five projects were reportedly linked to Kalu, all valued at above N500 million in Abia state, while 12 others were linked to Araraume in Imo and Rivers state.